In a partnership, it is established law that all partners have the authority to act on behalf of the firm (Partnership Act). Every partner is therefore treated as an agent of the firm and permitted to act on behalf of it only for purposes of the partnership business. Accordingly, the common law views partnerships as a branch of the law of agency and that every partner is both principal and agent to each other (Established rule in Cox v Hickman). As such, any transaction entered into by the partners with the third party will bind the firm as long as it is done within the ambit of the given authority.
The application of agency principles in partnerships is nevertheless not a totality. Such exclusions include undisclosed principal and extensive emergency powers of partners and in aspects of mutuality of rights and obligations.
Despite this, the basic agency principle is the basis for contractual liabilities of partners if they had acted within their authority on behalf of the firm. The firm is therefore liable, and  implicates all the other partners. Such authority is set out in s.11 of the Partnership Act 1961. The main effect of joint liability is to make each partner liable for the claim in its entirety in one action. A creditor of the firm thus only has one cause of action against all partners in respect of each debt or contract.
The effect of joint liability however can create injustice to creditors. In England, it was found in Kendall v Hamilton that since the debt was a joint liability, by suing the apparent partners, the creditor had only elected to sue them and was therefore unable to commence fresh proceeding against the other dormant partner. This decision concerning the effect of joint liability has nevertheless been criticised and was abolished by the Civil Liability (Contribution) Act 1978.
In Malaysia, the rule in Kendell v Hamilton applies as well. However, this is subject to order 15 rule 4 para (3) of the Rules of the High Court which allows partners who have been named as defendants to apply to the court for stay of proceedings until all partners who are not named in the suit are included. The partners named in the suit are therefore only given the opportunity to ensure that the contractual liability or claim for debts made by creditors are shared by all partners. This does not allow creditors of the firm the right to take fresh proceedings against partners who are not named in their suit for a debt claim which they have already obtained judgment.  As such, it appears that the rule in Kendell v Hamilton of one cause of action under the joint liability rule still applies in Malaysia. 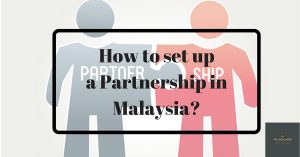 How To Set Up A Partnership In Malaysia? 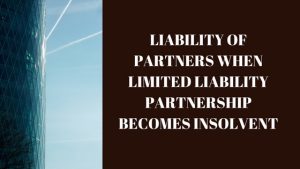